from newcastle's twin city in the netherlands! bordering on the ridiculous - from 1977 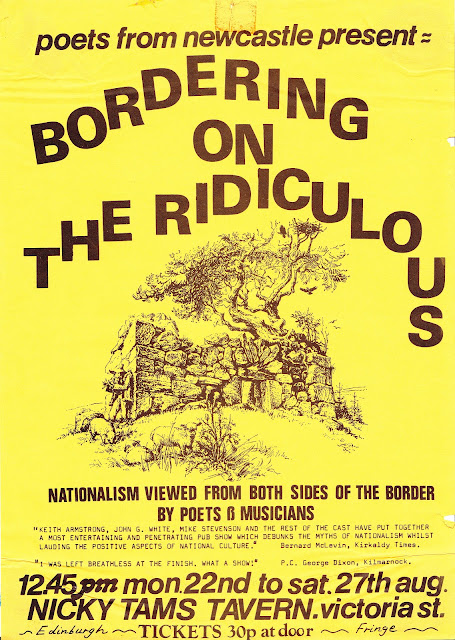 MAP OF THE WORLD

We turned its global head as babies,
traced its edges onto paper,
scarcely scratched
the surface
of that old familiar spotted face
shaped up, boiling for a fight.

Hung on walls,
it looked so static
but in its latitudes and longitudes we knew
that people moved,
homes grew,
cities drowned
and cliffs broke.

Later, travelling,
we stepped out
across the sheet,
skipped the Channel,
entered
new squares.
Then creeping back
at dusk,
we folded up this map,
packed away the ice
and sunny beach,
stuck it all in a small back pocket
and shrunk back
into our own world’s frontiers.
That tiny territory
of our scars.

The Diamond and the Flame

Crushing a diamond
Between thumb and forefinger
Remains a rare talent,
One
Not to be used
Promiscuously.
As for the residue,
Precious dust that it is,
Almost certainly
Best stirred widdershins
Into molten tallow;
Not, mind you,
Synthetic wax
White enough for feint hearts
Palpitating
At a prospect of light
Emanating from fat
Rendered through slaughter.
Adamant glistered tallow-dip,
Hand fashioned
Into slender candles,
Sparkling
By their own flame
When set in sconces,
High overhead,
To mark an occasion.
As for thumb and forefinger,
They can be soothed,
Sterilised,
By nipping out
A burning wick.
The diamond and the flame,
Both pinched
In one movement,
In one moment,
In one morsel
Of history
With which five,
Five hundred,
Five thousand might be fed.

THE HARTLEY PIT CALAMITY 1862:
a display in words and images to mark its 150th anniversary

The Hartley Pit Calamity of 1862, when 204 men and boys lost their lives, was the first large scale mining disaster of Victorian times. The extent of the Calamity, together with the spreading of news by rail and telegraph, brought this tragic event in rural Northumberland into the homes of families throughout the land on a daily basis.
The reaction from the public, together with the interest shown by Queen Victoria, kept the story in the press for more than a month. Just as evidenced in 2010 in the Chilean mine rescue, the public were gripped by the horror of men trapped underground and the heroic efforts made to rescue them.

A new display has been produced by Northern Voices Community Projects to mark the 150th anniversary of the Calamity. It has been compiled by Dr Keith Armstrong and Peter Dixon of NVCP and members of the Hartley1862 Research Group and was commissioned by North Tyneside Council with the support of the Heritage Lottery Fund. With historical documents and images, alongside the background history and poems and photographs by local people, it forms part of a series of events and activities intended to ensure that the story of Hartley is not forgotten.

The display begins its tour at the beginning of September 2012 as part of the Heritage Open Days programme in St Alban's Church, Earsdon and at New Hartley Memorial Hall where it runs alongside the newly commissioned pathway in the memorial garden. 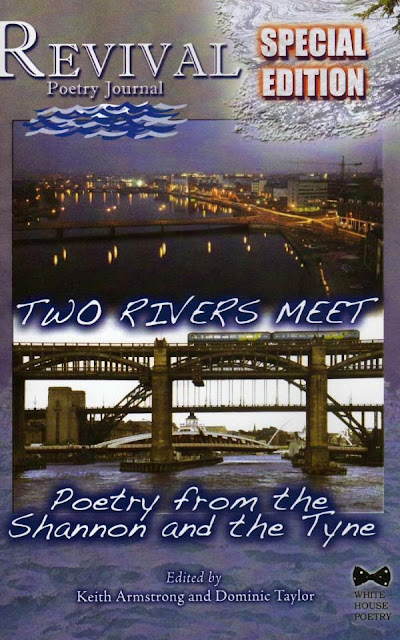 
THE WAY TO ALSTON

On top of the Pennines, the way turns wild;
The bracken breaks through the grassed hillside,
And the road falls like a dancing girl
Flinging her hair and swinging

Down to Staward Pele
To tunnel in trees of quiet secrecy
And ghosts of hidden animals.

And up onto the drizzled fells
Where rivulets scar the barren mounds,
The road twists childlike to the valley's side
Dependent, searching support.

But Alston's mountains reach the sky:
Adults, unashamed
Of their force and stature.
Stone walls tumble like brocken shackles:
These hills are bondage free
And of unshakeable identity.


I'm surrounded by brick.
Brick walls,
Brick houses;
Not a green stick visible.
Brick, with its autumn-tint
Of nicotine,
Denying summer
Like a faded print.

How like an immigrant
In quarantine,
Brick curbs
My green exuberance;
Though summer's pungency
Wafts strong as mint.

Tree
Determined to be
A shrine?
Passers by
Along the by-pass
Pass by
Sorry rose bouquet
Still wrapped in cellophane
Twine tied
By a drunk it seems
About the knotted trunk,
Which also displays
A poem,
Washed out
Through
Stanzas of tearful rain,
And a few
Photographs
Bleaching to greys.

German cemeteries,
Predisposed
To the disposal
Of their Great War dead,
Are lead tinted,
Not blessed
Short order lawns
Set
With serried
Rank on rank
Of whitewash crosses
Right dressed.
Gravestones
Are grey stones
Beneath
Sombre oaks
Grown full height
For spirits
To soak
Like sap
From saps
In which the bones lie,
Shell shattered,
Upwards
Through scattered clouds
Into the limitless sky.

Memory
Sinks deep roots
Seeking nourishment
To feed shoots
That,
Season by season,
Seem evermore slender,
Liable to wither.
Remembrance tree,
Hitherto
Merely a tree,
Has no reason
To serve,
As bonds that bind
Fray through
Releasing
Decapitated flower stems,
Words
And pictures,
Ceasing
To bear the weight of them
All.
Here Woden
Once hung Christ-like
Fearing the fall,
Spurned,
Waiting for when
Crows returned.