DEATH OF MY INTIMATE FRIEND - A NEW POEM BY G.F. PHILLIPS

With my third leg, old gun, comrade-in-arms,
you have stood resolute, fought alongside me.
I have drank to you on many an occasion
for you loved me like our country's pubic treeline;
a messenger of pride and servitude,
alive to any woman's leg show. Sworn in,
tucked away in my hidden valley
you were ripe as any forbidden fruit,
you who were always about bright and early,
a perky-headed recruit when time began;
though for you no priest's mark of revision,
skinned as natures leftover unclean act.

Later, on frenetic nights, I unleashed a wet habit,
a sudden pasture land lay underneath me,
the gun misfiring in its own territory.
Then I was paraded in front of the doctor.
So a lead was hitched up with a pad each night,
wired to a box to trigger me a warning,
the body awakened and us in cahoots,
enough times to work on our own behalf.
The patrol dismissed, we saluted each other.
You back as ever part of my landscape,
yet untainted like an unclimbed mountain,
the gun still in its holster.

What did those girlie playing cards do for you?
A secret professional away from the kit room,
that passing pleasure always kidding yourself
like those days on the range you went firing blanks.
Confined to barracks you awaited further orders,
you were always there when I needed you,
your gun fully-loaded, ammo as fertile ground
and what led to reinforcements. Once bridal
two warriors were in the making. Such fun.
They with water pistols at the ready.
But you were never the one for the shooting gallery,
you kept at your post and the only target you knew.

All this time a lone gunman in camouflage
crawled his way into my hidden valley,
living off his own rations to creep on,
undetected, making a mockery
of our love channel, with me in his sights.
His footfalls left behind much muck and dirt,
keeping going, further into the interior,
ever onward, but knowing there would be no return.
At last, both of you came out into a clearing
as if here you could size each other up,
guns loaded and cocked for a big show down.
So the tale goes, you gave as good as you got. 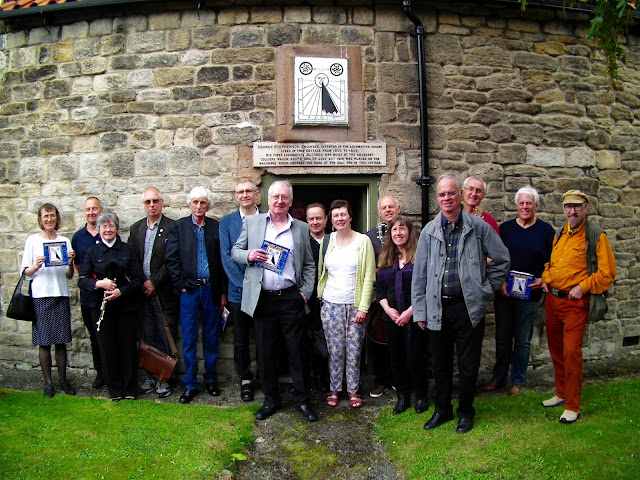 HALF MOON: POEMS ABOUT PUBS 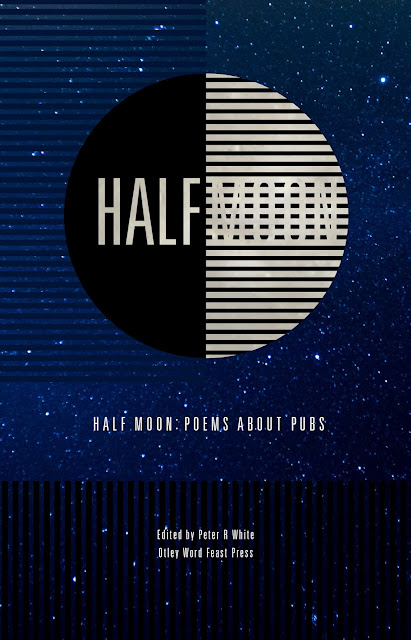 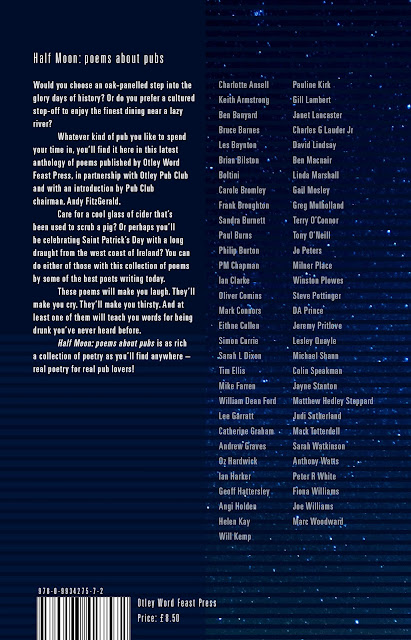 Thomas Spence passing through Barnsdale,
Making his way through a wood,
When there stepped out from the shadows
The figure of Robin Hood.

“I have no gold,” said Thomas Spence,
“No jewels or property,
For the only things I value
Is the gem of liberty.”

“It’s a shame you’re not a rich man,”
Replied Robin with a curse,
“As I can’t use your liberty
To fill up a poor man’s purse.”

“I know you rob,” said Thomas Spence,
“Only for the poor man’s sake.
I can salute your endeavour,
But then condemn your mistake.

“Whatever you redistribute
From rich to poor, you must know
While the wealthy hold the power
Then, through taxes and the law,

Through rent, through credit and through debt,
Through low-waged labour, it’s plain,
No matter what you liberate
The rich take it back again.”

Downcast, Robin Hood stood aside,
Sadly unstringing his bow,
While Thomas Spence went on his way,
A path hard and long and slow.

There’d be judges to pass sentence,
Keep him under lock and key,
But, any cell that he sat in
Was his hive of liberty. 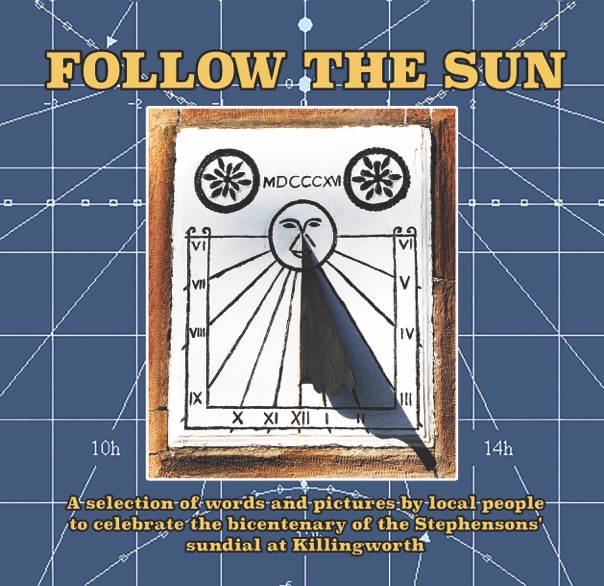 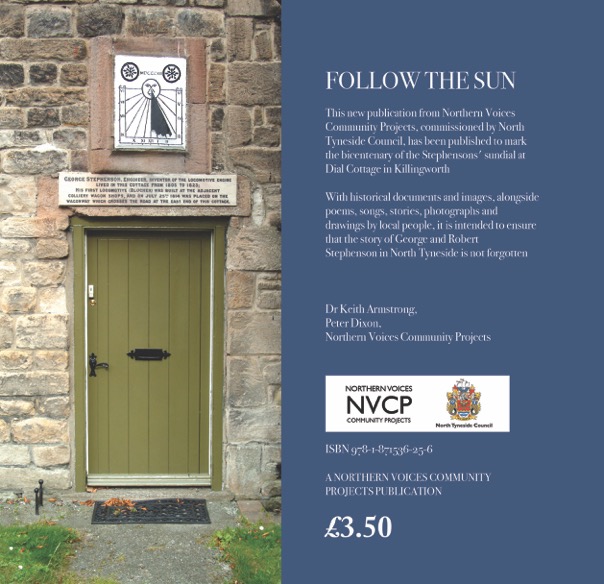 A special event organised by Northern Voices Community Projects to mark the 200th anniversary of the creation of the iconic sundial by Robert and George Stephenson at their Dial Cottage home. The event will include the launch and readings from 'Follow the Sun', a new book commissioned to commemorate the bi-centenary of the sundial. Contributors to the book will perform their poems, stories and songs as well as new materials inspired by the sundial and Stephenson legacy. They will be introduced by local poet and editor Keith Armstrong with specially commissioned music from the Sawdust Jacks Folk Group and folk singers Gary Miller and Tony Morris. Also featuring Ann Sessoms on Northumbrian Pipes with a selection of appropriate tunes, and others.