FOR YOU, WOMAN OF SOUTH AFRICA


Woman of South Africa
You want to live
On your land, in your city, in your street and your home
But THEY want to crush you and doom you
And you are sweeping the sand in the desert
Day after day
year after year


And together you clenched your fist
Together you started to fight
When they put you into prison
Despite despair, despite hunger
Despite your children dying
You only grew stronger


What strength lies in your heart!
What hope lies in your eyes!
Still sweeping the sand in the desert
You live from day to day
from hour to hour
from minute to minute


(from Bells Caught, a second anthology from Tyneside Writers' Workshop, 1984) 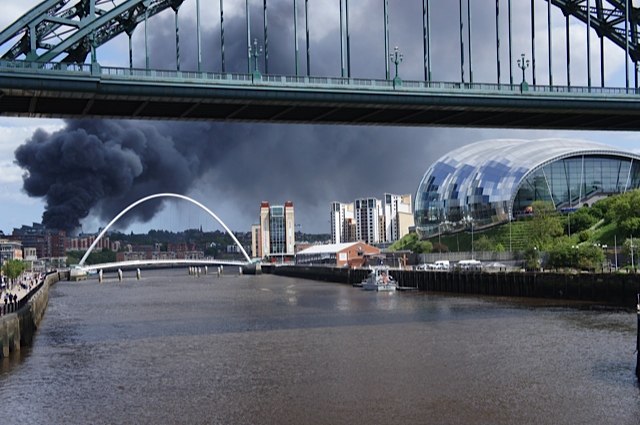 No Turn for Revolution

Old Moor knew how serious things were when
Police didn’t burst into his apartment,
His subsequent non-arrest being followed
By there being no charges laid against him.
An expected show trial was a no show,
While a very public execution,
Complete with martial fifes and sombre drums,
Cohorts of yeomanry drawn up in ranks,
Top brass brassed off with having to turn out
On a brass monkeys’ morning early doors,
And a hand picked nose picking firing squad,
Each one hoping his rifle held the blank,
Was never publicly executed.
Instead there was only orchestrated
Indifference, a dark conspiracy
Of silence, so ubiquitous no one
Could ever quite remember so much as
A single word everyone new they’d all
Tasted on the tips of their tongues. And yet,
None could deny the persistent savour
Of salty words demanding to be spoken,
Invectives of such corrosive language
The very fabric of society
Might be bleached into such broad shades of grey
It would be a palimpsest upon which
A new contract could be written, put down
In such plain English the working class
Could be absolutely certain they’d signed
On their own behalf. That they also signed
Urgent warrants of arrest for bankers,
Stock mongers and general bourgeoisie,
Members of parliament of every stripe,
Not for expenses or other deceits,
Although the guilt is equally shared, but
Collaboration with the enemy
Being the real charge, whether it’s admitted
Or not. Claims to have been a partisan
Must be summarily dismissed as being
Fallacious for having accepted
A seat on the green benches. Ignorance
Of what selling your conscience to the state
For a constitutional stipend means
Is no defence. Worse, if “socialism”.
Or “labour” are only forged currency,
Spent all too easily at the bar of
Complicity upon precise measures
Of intoxicating reforms that seem
So wonderful while they are being swallowed,
But leave the working class with hangovers.
Such headaches and nausea, and much worse,
An alcoholic’s dependence upon
Regular shots of whatever narcotic
Will assuage persistent cravings without
Any thought being given to tomorrow.
Old Moor knows the conclusive temperance
Of his arguments and the clarity
Of his vision can be the only hope
For assuaging popular drunkenness,
Whereby everyone’s just having a laugh
Yet prepared to glass each other on the
Feeblest pretexts, rather than sobering up,
Realising that the world is definite
And neither wobbly nor uncertain, but
Is open to being changed for the better.
Despite such a clear headed assessment,
While the working class denies itself and
Is thoroughly distracted, Old Moor knows
The secret of the secret service is
To conceal themselves so completely they
Don’t arrest his caustic sobriety. 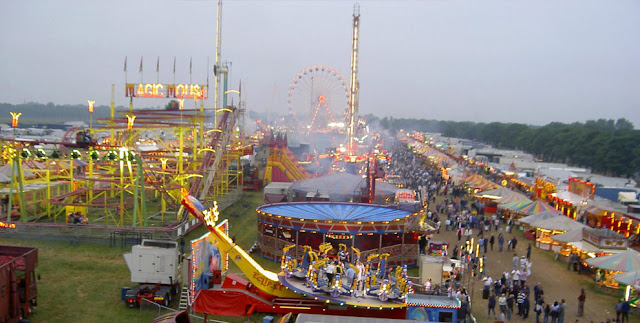 The Hoppings Comes to Town Moor
We set off straight after school:
four aunts, mam and a tank of a woman
who called herself Aunty Mary. I preferred
to stay close to Aunt Edie, unmarried and working
at the Co-op. A razzmatazz of lightbulbs flashed
around the moor like a painfree migraine.
As the music grew louder we could see masses
of Lowry people all heading for the rides.
Chart-topping records invited us to join the party:
Del Shannon, Brenda Lee and Elvis - Aunt Edie loved Elvis.
As if battery-operated, two aunts began to bop.
Overcome by a warm cowpat, they stopped
and nipped their noses like synchronised swimmers.
Scarier than the Ghost Train, the sight of Aunty Mary
in the Hall of Mirrors was - bewildering. Of course,
I wasn't allowed to ride anything dangerous
but the excitement of prize-bingo was infectious.
Aunt Martha hooked a duck; mam complained
about the lack of decent coconuts and we all took a shine
to the goldfish with black spots. We called it Billy
after Billy the Fish, da's best pal at the Black Bull.
Emerging from the fortune-teller's moonlit caravan,
Aunt Edie suggested it was time to leave -
Rosa Lee had obviously read the wrong script.
All the way home, Aunt Edie hummed that song from G.I. Blues.
I could have told her, marrying Elvis was never on the cards.
Crossing Northumbria
i.m. William Brown, Netherton Colliery
Some people follow haunted steps
to ancient castles
while others leave fleeting prints
on glorious beaches.
Cyclists pedal
into a seagull sky as the road rises up
to meet the harbour,
where fishing boats wait
with bated breath, their reflections
dancing on the water.
Collier lads call
from grassed-over graves:
Remember us, we clawed out a living
bare knuckled
where children now play.
Yellow and greens pleat the open fields
as if a mother's hand has pressed waves.
The question
on every poet's lips:
Where do I begin
to capture her spirit, her timeless beauty?
Posted by Tynebard at Tuesday, May 10, 2011

Reinventing
another’s life,
reinventing
their landscape,
you live a profound lie.
Fat
on gorging
on a history
not your own,
on music
which comes
from a river you weren’t born by,
you are a thief,
a stealer
of dreams
not yours.
Learn
about yourself,
your heart,
before you tell
the tales of others,
before you take over
and buy
into a culture
and landscape
you can never
really
understand.
KEITH ARMSTRONG
Posted by Tynebard at Sunday, May 08, 2011


Is such unequivocal evidence


Of just in time and use by dates. Who’d keep


Such a mechanism now, other than


As a curiosity. Allegiance


Has become a commodity, freely


Traded, worn for a season, discarded


Once fashions change or someone else becomes


Top of the league, top of the range. No one


Is fobbed off with a fob watch anymore,


No matter how great it might have been once,


Are still faintly discernable, no matter


Those marks are eloquent symbols of place,


Of origin, of value beyond price.


It’s so much easier to buy the new,


To sport the latest fad, to see being seen


Through trend-tinted spectacles, to be


Transparent enough for the heart. Sitting


In a Newcastle bar when three o clock


The tintinnabulation of fervour,


Ring around Leazes End and Gallowgate,


From beyond this mundane world, weaving through


To wander malls of the Eldon Centre,


And shooting, shouting through the open door


Of the pub, I’m a hundred miles and four


Generations away along the Longside.


Whoever is looking for me must see


I am the bastard in Claret and Blue.