On 23rd August 1305, William Wallace was executed. At that time, the punishment for the crime of treason was that the convicted traitor was dragged to the place of execution, hanged by the neck (but not until he was dead), and disembowelled (or drawn) while still alive. His entrails were burned before his eyes, he was decapitated and his body was divided into four parts (or quartered). Accordingly, this was Wallace's fate. His head was impaled on a spike and displayed at London Bridge, his right arm on the bridge at Newcastle-upon-Tyne, his left arm at Berwick, his right leg at Perth, and the left leg at Aberdeen. Edward may have believed that with Wallace's capture and execution, he had at last broken the spirit of the Scots. He was wrong. By executing Wallace so barbarically, Edward had martyred a popular Scots military leader and fired the Scottish people's determination to be free.

Wave goodbye ye oafs of culture,
let your rootless dreams drift away.
History has come to drown you in blood
and wash up your empty schemes.

Yon tottering Palaces of Culture
are seized by the rampaging sea.
They are sailing back to the Equator
to burn in a jungle of fear.

Three hundred million years me lads,
unseen from these high-rise days:
an ice-sheet  thick as an ocean,
all those hours just melted down.

Into rich seams of coal,
tropical plants were fossilised;
the sandbanks grew into sandstone
and the mudflats into shale.

And the right arm of William Wallace
shakes with wrath in this firework night.
It is waving goodbye to your history,
it is saying hello to Baghdad.

All the brains of your Labour Party
are stashed in a carrier bag.
Down Bottle Bank in the darkness,
you can hear Wallace scream in a dog.

And will you hang, draw, and quarter my home street?
Will you drop bombs on the music hall?
You have taken the bones from our loves
and taken the piss from the Tyne.

So give me your arm Good Sir Braveheart,
I’ll take it a walk through the park
and I’ll use it to strike down a student
with an empty shell of a soul.

And I’d give my right arm to make ships,
my left to stoke dreams alive.
And I will dance on in the brilliance of life
until oppression is blown away. 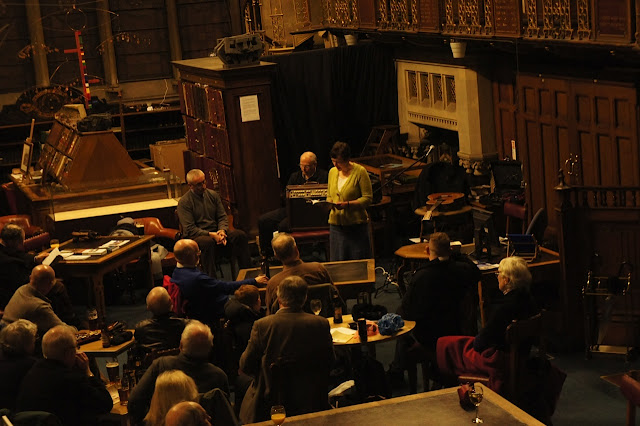 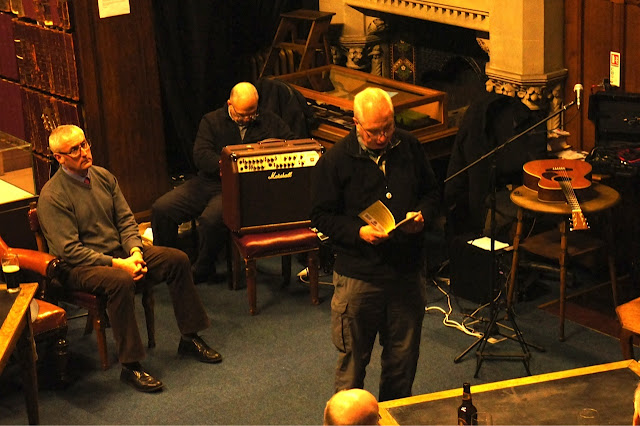 
We proposed over Marcel’s Peppered Steak.
Me first, you first, one or the other.
From the steps
the lights of shone
at half-mast for the imminent death
of my current relationship;
the one you invaded,
the one I was ready to betray.
A room that should be storing bric-à-brac;
instead a single bed with evidence
the sheets have never been washed.
A succession of overnight guests.
Crestfallen curtains failing to meet;
a communal duvet past its use-by date
hovers over us long enough to disguise
reunion timidity. A minute, maybe three.
Laughter from surrounding student flats.
A couple in the next room argues and
our six-week separation drifts to nothing.
Night life on The Terrace breathes around us.
Scramble of skin meeting skin, face to face,
stomach to stomach. The scent of sensuality.
And the end of the night.
And the going home for breakfast.

So many breakfasts these thirty years,
though none with the taste of
where unwashed sheets and failing curtains
defied the boundaries we thought we knew.

Night, and there is nothing outside my bedroom window
No red corrugated iron shed, by day ringing with the sound of Dad’s tools
No aviary of zebra finches peeping into the kitchen window below
No fairy flowers on the fuchsia, no posies on the hydrangea
No washing line to swing from, kicking the top of  Dad’s birthday kowhai
No swing of thick grey pipes from the council tip, carrying me high enough to reach
the wash-house roof
No square of lawn piled high with leftover wood, sometimes a princess’s castle,
sometimes a pirate ship
No outside toilet populated by whirling dervish daddy-long-legses
No hole in the side fence where I slip past the leathery taupata to visit Jeannie, who
feeds me chocolate cup cakes and Robinson’s lime cordial when Mum is in hospital
No hill where the Governor-General lives surrounded by pine trees; where a Bad
Thing happened to a lady so we are forbidden to play in the spicy darkness with the
cushioned floor; where the policemen check up on you if you do
It is night so there is nothing outside my bedroom window. Except, of course, for
passing spaceships flashing their comforting red and green lights.


There are 2 winners of the Northern Voices Community Projects Joseph Skipsey Award this year:


Rachel Cochrane - Stocksfield based writer and dramatist and the brains behind the Listen Up North website. Her energy and motivation and the help she has given to the region's writers is phenomenal. This award is well earned and overdue.

Dave Alton - Burnley born Dave has battled away with his poetry for years on Tyneside, his adopted community, and he deserves wider recognition for this efforts. His work is rooted in the traditional folk songs and ballads of the region. With Keith Armstrong he helped establish the innovative Poetry Tyneside blog. Now that he has moved to Barnsley, he will be very much the instigator of Northern Voices Community Projects' enterprises in the Yorkshire area, developing exchange links with Tyneside, as well as maintaining his own commitment to the north east.

Celebrate Burns Night with BLER by coming along with your poems and getting legless!

Blast into the New Year with the Best! £3 entry.

Singing In the New Year


Here the old year’s put out
There in black bin bags
Where gutters chuckle as tarmac weeps.
Wind plays its horsehair bow
Plaintively across
Strings singing with electricity,
Drawn between pylons.
To the east,
In the middle distance,
A cloud hangs,
Fog forms,
Smoke
Is still rising,
Rising beyond control,
Fanned by ill-winds,
Virtuoso performances
By ensembles of discord and those agents
Pitching
For commission.
Looking back, Janus resolves
Not to look forwards,
Not this time,
Not ever again
As he does every year end,
But, he will of course,
At the first pop of the first firework as first note
Of Auld Lang Syne
Solicits a first kiss for the first of the first.
And he smiles,
As if all those sponges soaked in alcohol
Really do wipe clean the slate,
Really do delete memory.
Cross forearms, join hands
All in a line,
All in a circle,
Raise your glasses,
Raise your voices,
With whiffs of smoke signalling resolutions
Already broken,
Begin (with gusto)
Slinging out the old year,
Singing in the new.