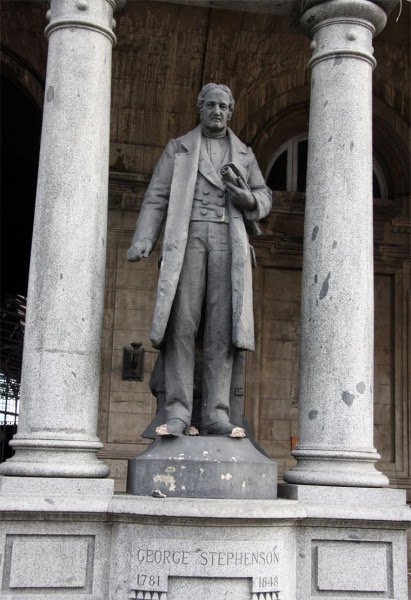 This new book from Northern Voices Community Projects, commissioned by North Tyneside Council, with the support of the Heritage Lottery Fund, has been published to mark the bicentenary of George Stephenson's steam locomotive Blucher and tells the story of its creator in Killingworth and North Tyneside and of steam railways in the area.
Contributors to the book will perform their poems, stories and songs introduced by the editor local poet Keith Armstrong with Ann Sessoms on Northumbrian Pipes.