"She Quakes" is the first contribution in what is intended to be a fruitful link with the New Zealand Poetry Society. This poem is particularly poignant as Tynebard was in Christchurch in December 2010 during the series of earthquakes, two more significant ones of which struck there recently.


Her movement, restrained for centuries,


escapes, in a series of sideway jolts,


stretching her reach, testing her strength,


On her surface, green and warm,


above her inner heat and energy,


The creatures are crushed,


Blocks of stone fall from


where man has put them:


heaped on her surface,


Bells of iron shout as they fall.


she continues to quake,


seeking a new position to rest in.

FROM THE ARCHIVE: INDIAN POETRY WITH THE TYNESIDE POETS 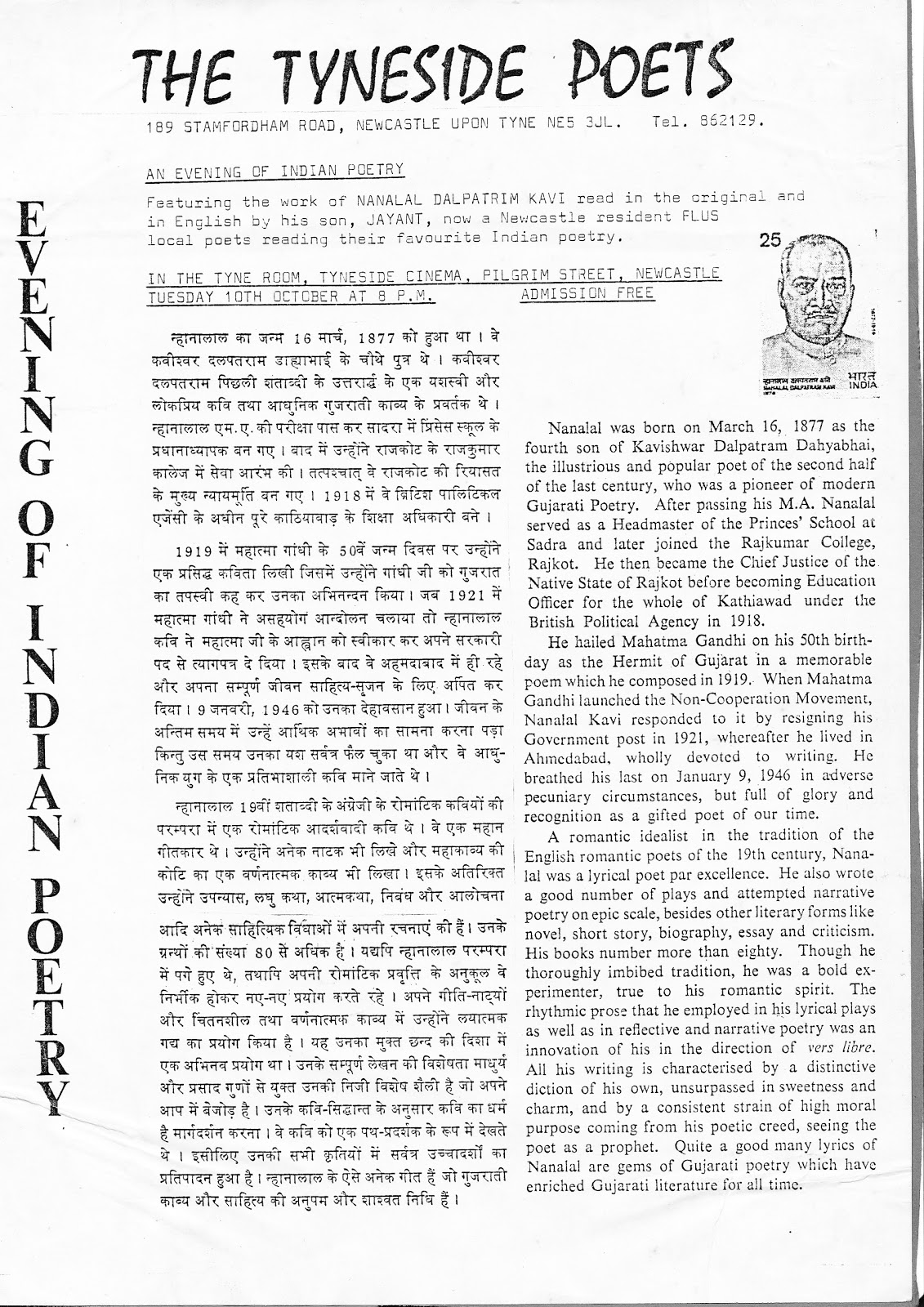 The North of England Institute of Mining and Mechanical Engineers, Neville Hall, Westgate
Road, Newcastle upon Tyne, NE1 1SE. Tel: 0191 232 2201.
DIARY DATES – NOT TO BE MISSED
THURSDAY 26 JANUARY 2012
THE NEW HARTLEY COLLIERY DISASTER
To commemorate the anniversary of the 1862 disaster a programme of events are planned in the area. Norman Jackson’s talk at the Institute on Thursday 26th January will be supplemented by poems and music, the programme for the evening is:
5:30pm Tea and Coffee in the Library.
6:00pm Lecture by Norman Jackson.
6:40pm Questions.
Adjourn to the Library. Buffet and drinks.
7:00pm Launch of a new book about the Hartley Calamity, edited by Keith Armstrong and published by Northern Voices Community Projects with the support of North Tyneside Council.
Keith Armstrong, Catherine Graham and others will read poems and stories from the new book including Joseph Skipsey's Hartley ballad, with singer/songwriter Gary Miller performing Keith’s Hartley lyric and other mining songs and piper Chris Ormston performing his Lament for Hartley and other appropriate tunes.
Copies of the book will be available for sale during the event.
8:30/9:00 close.
COMMEMORATIONS IN MEMORY OF THE MINERS WHO LOST THEIR LIVES IN THE NEW HARTLEY PIT DISASTER INCLUDE:
14 January 2012: New Hartley Memorial Hall,
Beeswing in concert. Also featuring Keith Armstrong.
15 January 2012: 11am, Memorial Service at St. Alban's Church.
15 January 2012: 4pm, Memorial Service at New Hartley Memorial Hall accompanied by Ellington Brass Band. The new Memorial Banner will be unveiled.
15 January 2012: 7.30 – 9.30pm Whitley Bay Playhouse, a concert by the Grimethorpe Brass Band.
16 January 2012: 11am, A short memorial service will be held at the New Hartley pit head in the memorial garden.
JOSEPH SKIPSEY – A COMMEMORATION
Saturday 17th  March from 7 – 9pm in the Library.
2012 provides several anniversaries of mining disasters so, to re-balance this a little, we’ll be holding an event celebrating the 180th anniversary of the birth of Joseph Skipsey, the Tyneside Pitman Poet.
The event includes Keith Armstrong, Gary Miller(Whisky Priests) and pipe player Chris Ormston, with readings from Skipsey’s poetry and an account of his life.
During the evening, the annual Northern Voices Joseph Skipsey Award will be presented to a deserving local writer.
Posted by Tynebard at Sunday, December 25, 2011 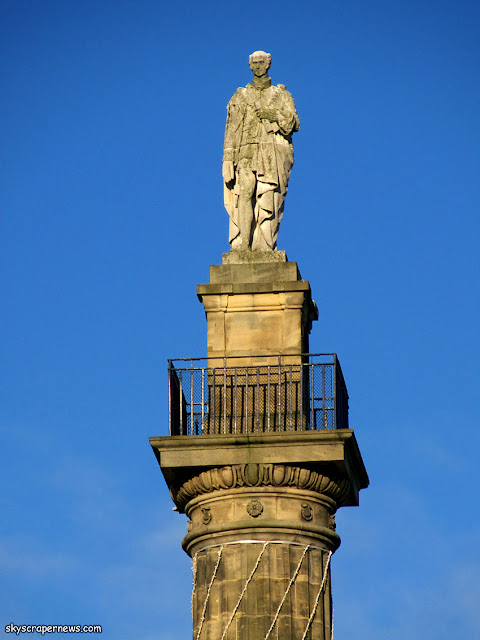 Grey –
this man and his brain’s conception,
clasped in stone.
Disdainful figure
raised
on a firm dry finger;
proud-stiff
above a time-bent avenue of dwindling lights.
The Earl’s pale forehead is cool and cloudy;
unblinking,
he views us all (as we view him)
in the same old, cold, way –
through the wrong end of a battered telescope,
through the dusty lens of history.
Strip away the tinsel
And this city’s heart is stone.
Keith Armstrong
Posted by Tynebard at Sunday, December 18, 2011


Town of a thousand holes, at the bottom


Of each a dark boggart lurks cunningly


Squirm, coil and wrap around the bed ridden


All the while, tower blocks round and about,


Facades irritated by rashes of light


Lurch along through pedestrian precincts,


Or the immanence of God and the end


Of Days. Even as ungainly tower blocks


Fenced round with barbers’ poles, in such a way


Bodies responsible for casting them.


Night is the product of curtains being drawn


Against streets that have to be abandoned


To darkness, light so selfishly horded


In living rooms, in the eyes of voyeurs


Who do not realise televisions


Are vampires that exist by sucking life-time


From their fascinated victims. Too late


They switch off, for it’s bed time, deathbed time.


Each one just too long, making the minutes


Fall behind the clock. A hospital cot


Easily contains these remains of a man,


So little of him left, his shadow gone.


Even breath can be no longer his own,


Generous town sharing its air with him


Via one of those serpentine urban tendrils


Worming its way through the wall to his nostrils.


Hardly a burden with so little left


Knits or reads or plugs into World Service


While drowsing on the one comfy armchair.


For all that time is tardy dawn still comes,


Shift changes, while night and day will remain


All the same to him even as tower blocks


Step back into place, boggarts burrow back


Into earth and the curtains are drawn back,


Back and back, releasing light from their rooms


And the living realising they are so.