SO THAT'S WHAT TWINNING'S ALL ABOUT!

‘Ein bier bitter – und ein Martini for the wife’ demanded ‘the lad’ from Peterlee Cricket Club of the German barman in the twin-town of Nordenham. Spotting ‘the lad’ was of English extraction, the barman, in near impeccable style, politely enquired ‘Sweet or Dry, Sir?’ ‘Just the one!’, our ‘twinning boy’ snapped back, sensing a German plot, returning triumphantly to his stool in the town’s ‘Beer Akademie’, thinking how well he’d handled a potentially tricky diplomatic situation.

As Peterlee’s Community Arts Worker, having eavesdropped this touching exchange, I thought to myself ‘So that’s what twinning is all about!’ As one of the co-ordinators of the initiative, I felt I was entitled to wonder just how the twinning link had transpired and was it worth all the effort. This was back in 1980-6 and times were hard in the mining communities around Peterlee. People’s minds were concentrated on survival; ‘twinning’ could hardly be considered paramount. But it played a small part in expanding horizons. By 1986, I’d made 8 visits to Nordenham with different groups and individuals, including the Youth Drama Workshop, the East Durham Writers’ Workshop, and the local band ‘the Montgolfier Brothers’ (ex-‘DTs’, ex-‘Sick Note’, ex-‘Death By Trombone’!) for many, this was their first excursion to foreign shores, and it changed them, they occasionally fell in love, and cried when they had to leave Germany. Who would have thought?
Naturally, there was method in the developmental madness. It was meant to change attitudes, get the ball off the Durham island, develop links, forge exchanges, and generally broaden political and cultural understanding. Not that it was plain-sailing, of course. I well remember a night out with ‘the Montgolfier Brothers’ around several local bars, ending with an extended toasting session with a man with a monocle and a scar down his cheek who we promptly christened ‘Uncle Herman’. Uncle Herman declared a passion for British Scientists and offered Schnapps all round for every such scientists we could name. I think a general state of collapse was declared after the toast of ‘Michael Faraday!’ and Kenny, the bass guitarist, was, as legend has it, woken early the next morning in a local shop door-way by the drip-drip of a window cleaner’s wash-leather! Yet the band bounced back and gave several outstanding performances in the town’s schools and in the community centre. Their single at the time ‘Things That Go Bump In The Night’ quickly became a cult hit in Nordenham.

And the there was the coach-tour round the town with Frau Ehleman of the Rathaus (Town Hall) as our guide, a very enthusiastic and kindly lady with an unfortunate way of constantly popping a microphone! Not only was this, however, her phrase-book unique. As the coach rolled away from the Rathaus, we were pleased to have pointed out for us, in rapid succession, ‘the field of the dead cows’ and ‘the house where you can buy the women’. By way of explanation, it transpired that there was pollution in the soil, from a local factory, and, further down the road, was situated the local brothel. And we’ll never forget the unique invite to go ‘mud-walking’ the next morning!

So we weren’t short of the odd moments of humour, though, in fact, we did get through a lot of hard work, with the Writers’ Workshop performing, with translation, their poems and songs in the town’s schools and at an Anti-Nuclear rally. General political and cultural discussion was always encouraged and usually ensued. During the 1984-5 Miners’ Strike, the twin-town of Nordenham sent parcels of food and toys to the striking miners and their families and made financial contributions to the ‘Save Easington Area Mines Campaign’. And we vividly remember heading the Nordenham May Day procession and visiting local factories there. Our delegation generally stayed in twin-town homes, a gesture which was usually reciprocated when our friends from Nordenham trade unions and peace group visited us in Peterlee.
Many of the twinning links in North East England are with Germany and French towns and our positive experience of Nordenham has led myself and others connected with ‘ Northern Voices’ to seek to develop further links, building on this success to overcome the negative feelings local people often have of such connection, viewing them as council ‘junkets’ and the like. Whilst this ‘junketing’ does still go on, there is scope for getting involved in promoting more constructive political and cultural dialogue with our twinning partners, especially more significant in the changing European landscape. Indeed, in recent years, through the good offices of Durham’s Euro M.P. Stephen Hughes, poets and musician from ‘Northern Voices’ performed at the European Parliament in Strasbourg!

The town of Tübingen in Southern Germany has been described as ‘a town on a campus’, given that out of a total population of 77,000, 25,000 are students and 8,000 employees of the University. So that the nature of its twinning with County Durham is distinctly academic compared to the more industrial nature of both Nordenham and Peterlee. It has also a somewhat richer history in a number of ways – Hegel studied there, the eccentric poet Friedrich Holderlin lived there in his Tower for 30 years and expired there, and Hermann Hesse, the writer, worked in a bookshop there in his formative youth. To this extent, the town’s Cultural Office was interested in a literary link and ‘Northern Voices’ was, therefore, invited, and funded, by Durham County Council’s International Exchange Officer to pioneer a literary connection in 1987. since when, 11 successful visits have been made, featuring poets, and musicians in the folk and jazz idioms. Readings have been staged in schools, pubs, and at the University, and reciprocal visits to Durham by Tübingen poets ant the University ’s Anglo-Irish Theatre Group arranged. We have also participated in discussions on regional culture in the new Europe. In both the twinning examples highlighted above, the links forged have led to anthologies being published. To accompany a visit by East Durham Writers’ Workshop to Nordenham in 1986, a bi-lingual pamphlet, ‘North Sea Poems’, was produced and, in the cases of Tübingen, a joint bi-lingual anthology ‘Poets Voices’, featuring poets from both Durham and Tübingen, was launched in the Holderlin Tower in June 1991.

Other interesting twinning links which ‘Northern Voices’ has pioneered in the cultural field are those between Newcastle upon Tyne and its Dutch Counterpart, Groningen, and between Wear Valley and Ivry-sur-Seine (just outside Paris). And ‘Northern Voices’ remains committed to this area of cultural work now and in the future. This might have a lot to do with our being based on the North Sea Coast. Certainly, in my own case, not only did my father graft in the shipyards for forty years or so, and his father before him, but his tales of his Merchant Navy days and of travels to Rio, Cape Town, Lisbon and so on truly inspired me as an impressionable youth and this excitement in travelling has carried over into my cultural activities. As a founding member of ‘the Tyneside Poets’ group back in the 1970s, I vividly recall the links we developed with our Icelandic counterparts, and, in particular, our visit to Reykjavik during the Cod War of 1976 when I performed my epic poem ‘Cod Save The Queen’ (!) to an audience of over 200 excited Icelanders. This was followed by a visit in 1980 to Georgia in the then Soviet Union. After one late night session with a worker-writers’ group in the steel-works town of Rustavi, I coined the following short poem:

(TO A FELLOW WRITER IN RUSTAVI0

Last night we swapped our shirts
They didn’t fit our bodies too well
But they fitted our mood
Exactly.

Such memories stay with you for the rest of your life. They change you. And whilst I’ve dwelt exclusively on international links, I recall with fondness the twinning of Greenwich and Easington Councils during the ’84 Strike and the links we developed then. So it can happen within our little island too. And it’s fun. That, after all, is what twinning’s all about! Try it.
Posted by Tynebard at Tuesday, December 31, 2013 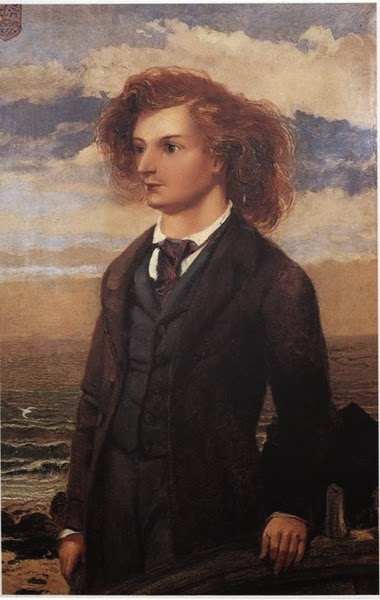 THE BIRD WOMAN OF WHITLEY 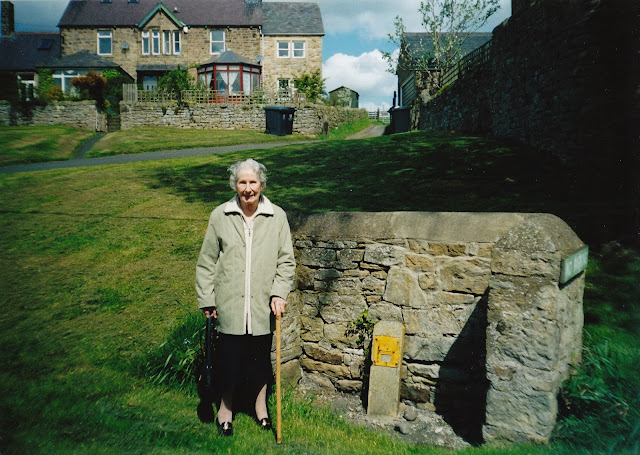 She is out feeding the birds,
on the dot again,
in the drizzle of a seaside morning;
the seed
cast fom her hand
to the jerking beak of a cock pheasant.

She is alone
in a flock of dark starlings,
scattering crumbs to make them shriek.

She is a friend of spuggies,
gives blackbirds water.

Her eyes fly across the garden
to catch a quick robin,
to spot a wee wren,
to chase a bold magpie.

She is innocence,
she is a lovely old lady;
still giving,
still nursing.

She deserves heaven,
she deserves a beautiful nest
to dream out her last hours
in bird song;
in the rich colours of music,
in the red feathers of sunset.

She is my mother,
she is a rare bird
who fed me beautiful dreams.

Thank you for letting me climb
with the skylarks.

Thank you
for the strength of wings.


THE BIRD WOMAN OF WHITLEY

Thank you very  much for this poem. Ever since I have heard you reading it out at “Poems, Prose, Pints” it has been on my mind – it’s written in such a gentle and honest voice. The poem may be dedicated to your mum, but, as you said in the pub, it’s something you could say about all mums. I certainly feel reminded of my own mother, who died not so long ago, when I read the poem.
Love
Brigitte

Thanks for this beautiful poem.

Dear Keith ! Thank you very much. You read this poem when you were here in Groningen. It moves me each time I read or hear it. Nice talking to you on the phone yesterday. All the best, yours, Henk

Thanks Keith - you moved me.

The Bird Woman of Whitley is a lovely poem, Keith.  Beautiful tribute.

You amazing poet YOU
- thank you for that that poem - it deserves a very good moment, but I will translate it.
Uwe

Thank you, Keith, thank you –
For bringing a fulsome tear to my eye with the sad and beautifully-crafted The Bird Woman of Whitley. How amazingly coincidental and serendipitous that you should have numbered me amongst those privileged to receive it because, just this afternoon, I have put in the post to you my Christmas book (in Irish) An Nollaig sa Naigín (Christmas in the Noggin [my homeplace]), which has in it the story Céad Sneachta na Nollag (First Christmas Snow), which features my own mother feeding two birds, they being the Robin and the Wren!!!!
Bravo, my friend, and thank you for giving me the delight of reading so beautiful a poem.

Thats a nice poem Keith. Is that lady really your mum?

Thanks for sending me this beautiful poem. It really moved me. I have a special Mother too, she hasn't a selfish thought in her body.

Thanks for your beautiful poem Keith. I must write something special to my mum. 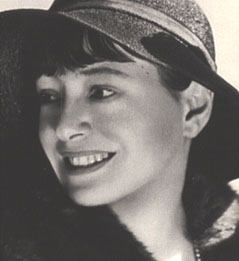 I met a man the other day-
A kindly man, and serious-
Who viewed me in a thoughtful way,
And spoke me so, and spoke me thus:

"Oh, dallying's a sad mistake;
'Tis craven to survey the morrow!
Go give your heart, and if it break-
A wise companion is Sorrow.

"Oh, live, my child, nor keep your soul
To crowd your coffin when you're dead...."
I asked his work; he dealt in coal,
And shipped it up the Tyne, he said.
Dorothy Parker