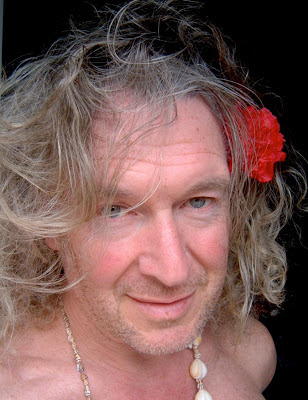 Thanks for thinking of me......here's a few to show that when I weep it is Tynewater than falls from my eyes......
STEVE WALKER
I was born in Gateshead, into a family who had lived and loved and laughed and struggled and died on Tyneside for at least a thousand years. I left in my early twenties, never to return. But I count myself as much a Geordie as any of my ancestors. My imagination was born in its streets, by its river, its politics, its sorrow and its brio. Right now, I live in the Pyrenees. Zut alors! And write a lot about it, its landscape and its people. But often some wild dragon in my head takes me back to where I started, into a lost past only memory can touch. Here are some sonnets and shih that the dragon found for me. The final sonnet is included simply because I mention my old teacher, Mrs Jones, whose face is among many from old Tyneside that float up to memory all the time.
Birthplace

Grey men in caps are drinking.
Red street tilts to the black Tyne.
I am born in a front room.
Coronation nik-naks spread.
An escaped monkey feels cold.
Dirty drunk fingers grab him.
The Queen crowned on my pillow.
The first face I see goes eek.

Small black castle, gull heckled.
Why go there? they said to me.
Soot rubbed off its lungless stones.
I paid tuppence to the mouth.
Climbed high, replaying nightmares.
The old town pointed fingers.
Gulls foot-slapped the battlements.
I flew with them from cinders.

Lungs already quartered he chain-smoked fast.
Volcano shaped, headed with a gruff plug,
Ash fell with his handshake. Always dying.
Fogged in, he frightened, lived shapeless in smoke.
Approach carefully. He must not lose count
Of the betting slips flipping in his hands.
His whippets were stabled with trusty men.
He toured, dog-visiting. They shrank from him.
Just gums. Speechless. He spoke by how he smoked.
At London shows, at the fights, glad handing.
Largesse controlled the monochrome outworld.
Inner life: red fog, pipsqueak sons rising.
There were losing days to rile his short breath.
Last smoke-rings, dawn's grey on black, went nowhere.

Bees asleep in locks hear no crunch of keys
As the girls from the marching band hum home.
The majorette's in, door opened for her…..
But when was this? - The photo does not tell
The old girl still tall in her mother's house.
Where's that baton now, among all objects?
The streets slant just the same. Ghostly oompha.
Her uncrunched bee turns white in favoured sleep.
Marching paths in the allotment fields: gone!
Paved and built on. Does veg still rot below?
With porno mags the boys hid in the sheds,
Buried glossy, defaced under climbed stairs.
For her - see him, photo's edge: smirking blur.
She twirls, throws - this future hand plays a catch.

A Tune That Makes All Soldiers Sleep

To write a tune that makes all soldiers sleep
Was the sort of daft well-meaning notion
That Mrs Jones said would leave him ruined.
He walked through misty pines with his kazoo
Making mild noises, high unwarlike cones
Bombing down for a soft bounce too mute
To inspire his sweet lullaby for grunts.
Carlotta, meanwhile, would take it all back
If he could make history in this way.
Despairing peeps brought out stag and bear cubs,
Wide awake, bored in the wild, uninvolved,
But startled when the redcoats came knees high,
Long gone when he was on the promontory
Blowing his best, buttons aglow below.
Posted by Tynebard at Sunday, March 31, 2013